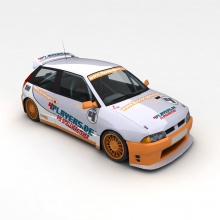 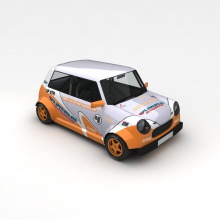 While it has less power than it's competitor, the XF GTR, it's lack of weight more than makes up for this. On twistier circuits it will eat the XF GTR (and a couple of sets of tyres), but loses out on the straights. Certainly requires smooth driving. Whoever said Minis were boring?