Difference between revisions of "Single-Seaters"

LFS has 3 single seaters of different classes, the FOX, FO8 and BF1. 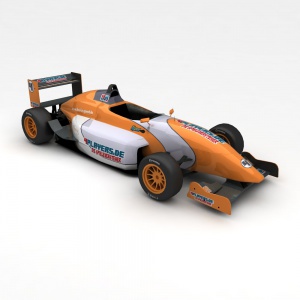 Based upon a Formula Renault 2000 racecar, this car serves as a nice introduction to the cars with downforce. The relatively low power of the engine makes the car easy to drive once up to speed. Insane fun on twisty tracks.

Actually needs a bit of a loose setup, this will help with low speed cornering. Adjust downforce to keep the rear in place at higher speeds. Due to it's low power, it's best to keep wing angles low for most tracks. 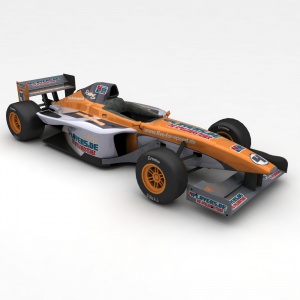 Based upon a Formula 3000/GP2 racecar, this is the second fastest but most difficult car to drive in LFS. Once mastered though, it offers great rewards to the driver. It's no Formula One car but don't let that fool you into thinking this isn't one awesome car. Just look at that power-to-weight figure! Suffice to say, the acceleration is incredible. It can pull over 3Gs in the bends. And if it stopped any quicker it would hurt (well, more-so). Only drive it if you have the balls.

Like the FOX, you don't really need much understeer, just use downforce to keep the rear in place. High tyre pressures work well on this car. 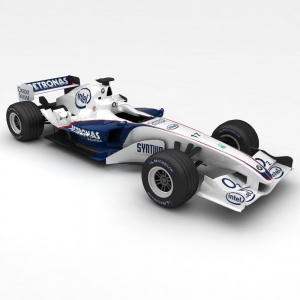 The real BMW Sauber F1.06. Incredibly fast in every way. You'll need to drive absolutely on the limit to get the most out of it. You don't need to lift or even use a gearstick for shifting - the onboard electronics will do it faster than you ever could.

Stiff suspension is way to go here, the tyres flex enough you just don't need the springs to. This also means you can use stiff anti-roll bars without screwing up the handling. High wing angles are needed to increase traction and make use of all that power. The traction control, although for girls, is definately useful to stop you pushing too hard. 4% is a good beginners limit, the more manly you feel, the higher you can go. Hardcore players like to leave it off all-together.