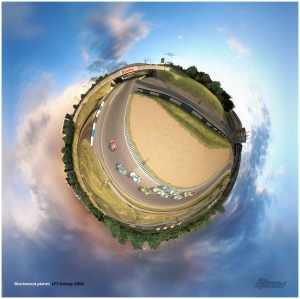 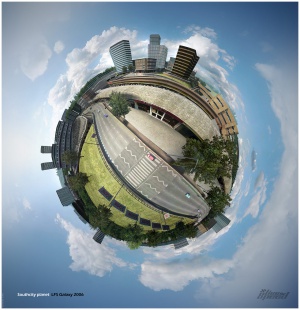 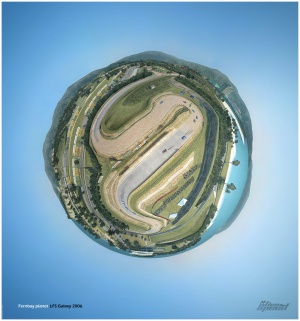 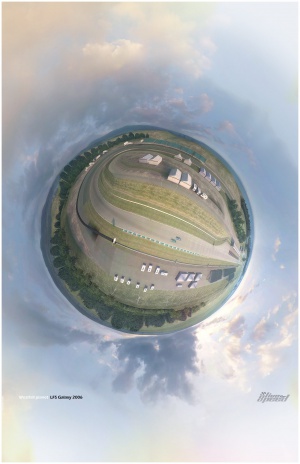 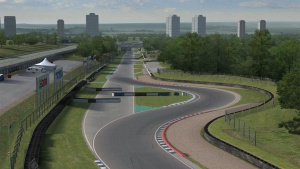 The long Blackwood backstraight after the chicane

The owners of the Blackwood Track have spent lots of money to turn the club-style track of LFS S1 into a professional Grand Prix-Track. Although the characteristic tight chicane of the original turned into a long wide one, it's still Blackwood. Besides this chicane,the tight hairpin (first turn), the long straight and the esses in the back of the track are defining the look and feel of Blackwood. 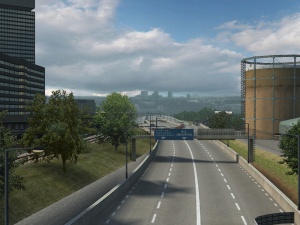 Parts of the track go over the South City highway

One of the most popular tracks in LFS S1. It is a short fast configuration in the streets of the south city. The characteristic feature of this track is the bus stop-shaped double chicane that is surrounded by walls in the middle part of the track. It is important and difficult to exit this one with as much speed as possible, because of the following back straight. After this a long beautiful left hander takes you to the starting straight.

This track has in spite of its length two long straights. Overtaking is really easy, this definitely a city track for great fights. Because this is a sprint track, you won't be able to pit in (for changing tyres or damage repair), so you'd better be careful.

This track is pretty similar to SO Long. The only difference is in the last part, instead of turning right after the tight hairpin, you follow the straight to the long last Classic turn. Definitely a great addition. If you don't like Classics 'Bus Stop' but the rest of it, drive this one, but be prepared for the twisty Sprint Track 2-part. 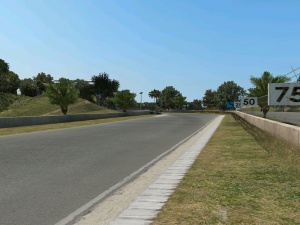 The entrance of the famous Fern Bay Green chicane 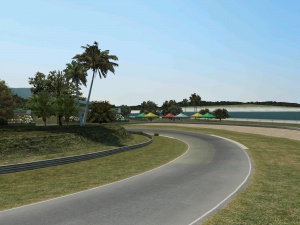 Longest track of S1. This track incorporates Gold and Green. Because it's very narrow with only 1 long straight and lots of turns, this one is maybe the most difficult track in LFS.

This is the second area exclusively designed for autocross layouts. It is shaped like a very bold "L". It's fun is only limited by your own imagination.

You want to test the grip of your car? Is your setup perfect for cornering? The Skid Pad is the place the test this. Nothing more to do here though. In fact, staying here too long is likely to make you dizzy.

A 1/4 mile (402 m) long straight, where two players can race head-to-head in a test of throttle control and shifting speed.

The same as the drag strip, but for now up to 8 cars can compete at once for bigger multiplayer fun. 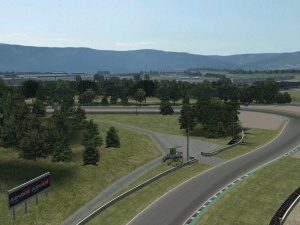 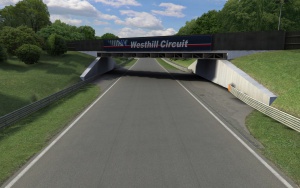 The 5,2 km track, situated in a farming area in West-England, provides fast and wide turns, spiced up with two interesting chicanes and the widest and most beautiful finish-straight in S2 with a "no look" turn 1. Most parts of the track are very fast. The undulating track is definitely made for the faster cars. 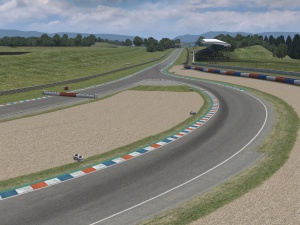 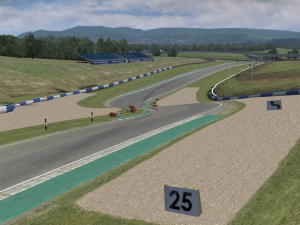 Cadet is the shortest configuration in Aston. After some very slow turns you have to be prepared for the awesome downhill chicane (screenshot). Try to keep the balance here and during the braking for the last turn and you are back on the start/finish straight. Cadet has it's own pits and a different start/finish than all other Aston configurations.

The longest configuration of Aston. It is very similar to historic with detours around the most dangerous parts. Instead of driving the cadet-chicane you will stay on national a little longer. The fast right-hander is replaced by a fast chicane, too.

The Grand Prix circuit, except with the slower Club first corner instead of the faster one used by Grand Prix, Historic and National.

An extended version of the Cadet circuit with several slow second and first gear corners.