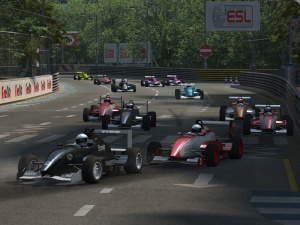 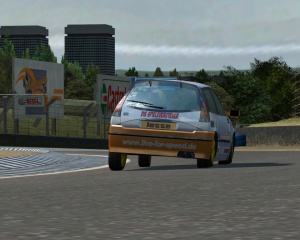 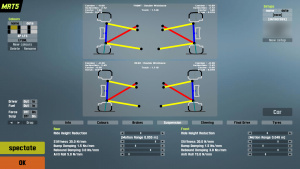 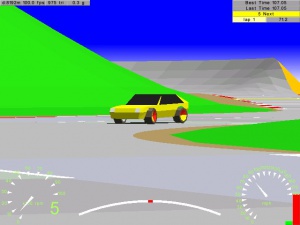 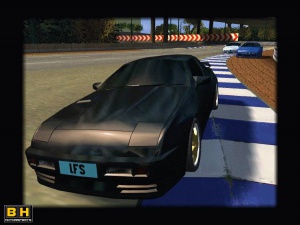 Live for Speed is an online racing simulator developed by Scawen Roberts (game engine), Eric Bailey (tracks & cars) and Victor van Vlaardingen (music, website, sales). Its main features are the realistic physic engine and internet multiplayer with up to 40 players. The game is only sold at the official website http://www.lfs.net. You won't find it in any shops as the developers want to stay independent from any publisher, so they can include exactly the features they want to have in the game and do not have to change the game according to some manager's opinion. Starting as a demo in August 2002 more and more people tried the game and joined the internet community. With a lot of development progress the first stage (S1) of the game was published in July 2003. Two years later (2005) the S2 Alpha version was released and was under development with fresh new updates every 6 months to a year, not including test patches. Now the S3 license is available with Rockingham, a new laser scanned track (more content scheduled for the S3 license). VW Scirocco and a completely re-written tyre physics engine are planned for the future. The three developers have a close connection to the community and they frequently visit the official forum to get ideas of what the players want to see in the game. All the new updates to the game are accessible by the auto updater from within LFS.

Note that this list excludes the numerous test patches that have been released.